New Climate Emergency Declarations and News from The Climate Mobilization

The Climate Emergency Movement has gained momentum in recent weeks with four new declarations in the U.S. alone, bringing the total to 111 declarations nationwide within 24 states. 11.3% of the US population now lives in a jurisdiction that has declared, and globally there have been 1790 declarations of climate emergency within 30 countries.

The Board of Supervisors of Contra Costa County, California also passed a resolution on 9/22 which included a declaration of Climate Emergency. TCM executive director Matt Renner, who lives in Richmond, California, spoke in support of the county’s commitment to moving away from a fossil fuel-based economy in the region, saying in part “The oil industry is in free fall, and demand is not coming back for their product. The writing is on the wall for the four Contra Costa County oil refineries.”

New York City’s Climate Mobilization Act has been rated the United States’ most ambitious local climate action initiative, according to a new policy scorecard by the American Council for an Energy Efficient Economy (ACEEE). Importantly, 11 of the top twenty cities on the scorecard have declared a climate emergency.

Read more about how climate emergency declarations are driving meaningful climate policy change in local governments across the pond in Are climate change declarations delivering change?

According to the World Health Organization (WHO), our air pollution crisis is even more deadly than the covid-19 pandemic, resulting in approximately 7 million fatalities annually. Globally, nine out of 10 people are breathing air that does not meet WHO’s guidelines for limiting pollutants, and the outcomes are even worse for people in low-and middle income countries whose governments continue to build their industrial power with environmentally hostile production. The climate emergency is a public health crisis, and it is our world’s poor and disenfranchised who are bearing the brunt of the consequences.

More than 4 million acres of California have burned this year due to increasingly intense wildfires fueled by climate change — more than double the previous record, set in 2018. Slate details how coverage of wildfires in the west is being influenced by conspiracy theory and anti-environmentalist rhetoric. 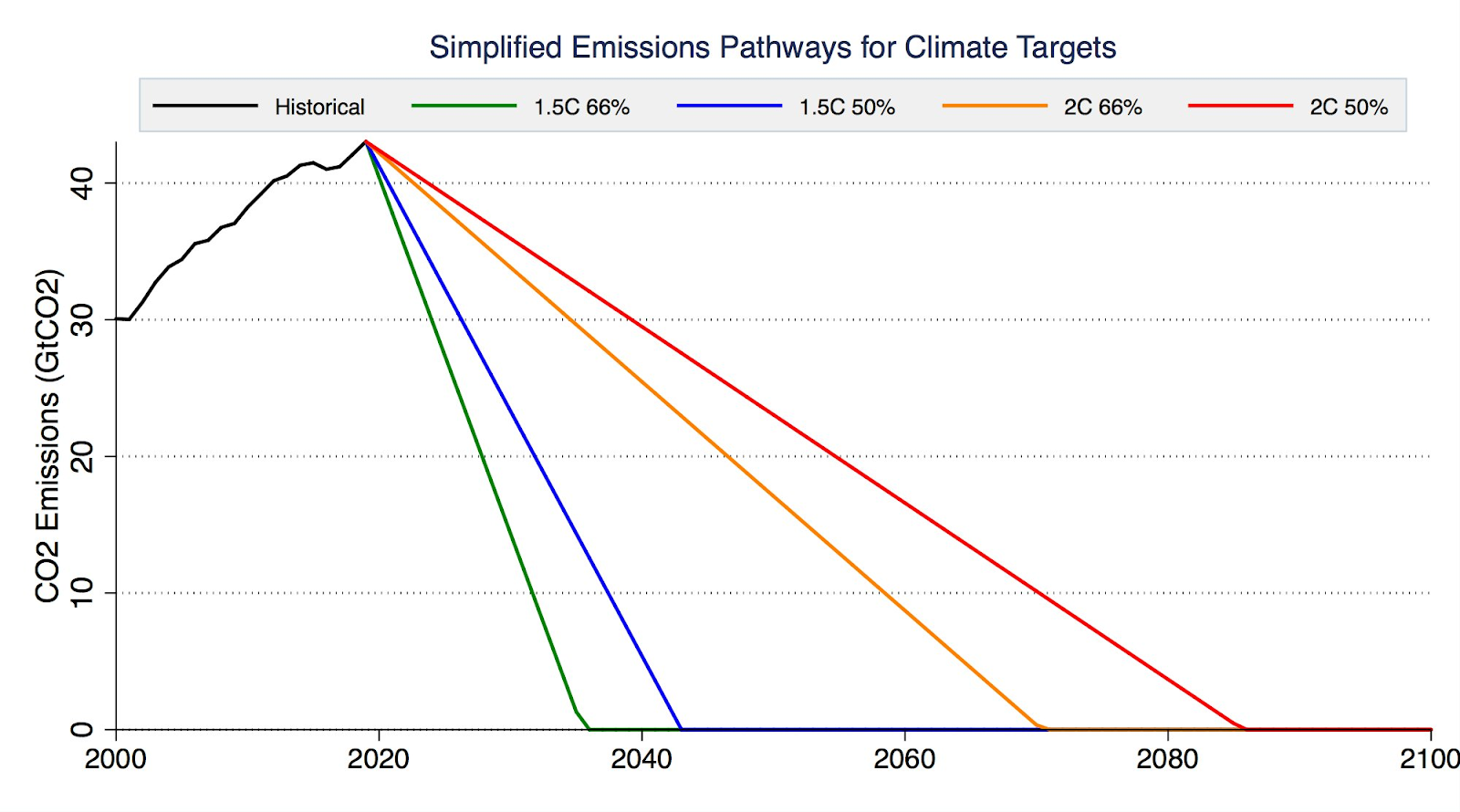 During Wednesday’s Vice Presidential debate, candidates and the moderator ignored the realities of the climate emergency impacting millions of people across the United States, from fires in the West to hurricanes across the Gulf Coast. Candidates were not asked about how best to rapidly eliminate greenhouse gas emissions from the American economy — instead they were asked “do you believe in climate change?”

President Trump has also refused to participate in the second Presidential debate if it were hosted virtually due to coronavirus concerns. With Trump back working in the White House despite his active infection, E&E News draws connections between Trump’s downplaying of the pandemic and climate denial.

If you missed our campaign launch and want to take action around the 2020 election, check out last week’s #ItTakesAMovement live stream on TCM’s Facebook page, and sign the TCM pledge to vote, help get out the vote, and defend democracy. Join the campaign here.

Climate Mobilization founder Margaret Klein Salamon is writing a series for the Psychology Today Blog looking at the personal side of the climate crisis and answering reader questions about how to overcome climate-related dilemmas. Have a question for Margaret? You can submit it here!

Join the Montgomery County, Maryland chapter of The Climate Mobilization, who led their county to declare a climate emergency back in 2017, as they explore eliminating fossil fuel emissions locally. The webinar, Pathways to a Climate Positive County – Part 2. Buildings, consumption & mobility: making our buildings, vehicles, and energy network climate positive by 2027 will help organizers from around the country gather insights and build connections for local organizing work. The event is Tuesday, October 13th from 7:30 – 9:00 pm ET. Register for the webinar here.

For a bleak look at our possible future, and an invitation to action, check out Three Scenarios for the Future of Climate Change by Elizabeth Kolbert for The New Yorker.

The online environmental magazine Grist presents an Illustrated Guide to understanding the connection between environmental justice and police violence against Black and brown people.

The Climate Mobilization is building power for a national transformation that rapidly restores a safe climate and creates a just and democratic society.

Alexia (she/they) is an environmental justice organizer based in Austin, TX. They graduated summa cum laude from NYU (’20), where they self-designed a major titled “The Politics and Economics of Inequality.” Their research focuses on political ecology, environmental justice, AAPI communities, inequality, postcolonialism. As an organizer and researcher they have spent the past 5 years working on various issues from preserving the Colorado River, water rights, fighting land use policy and zoning that enforces race-based discrimination, conducting ethnographic research on climate health, to organizing mutual aid, youth programming, and shaping national legislation alongside members of the Environmental Justice Leadership Forum and the Environmental Justice Health Alliance; today Alexia continues to work as an organizer with PODER, a grassroots EJ org. Alexia is also the co-founder of Start: Empowerment, a BIPOC led social and environmental justice education non-profit working with youth, educators, activists, and community members to implement justice-focused education and programming in schools and community spaces. S:E curriculum and programming has reached over 2,000 students, been recognized by the NYC Department of Education, and taught in universities. In 2021, their work was recognized by the prestigious Brower Youth Award.

Co-Leader and Director of Organizing

Co-Leader and Director of Operations

Co-Leader and Director of Resource Mobilization and Strategy

Meghann brings more than 20 years of nonprofit management and fundraising experience to The Climate Mobilization and Climate Mobilization Project. For over a decade Meghann has worked as a nonprofit consultant helping organizations expand their capacity, secure revenue, develop successful strategies, and effectively evaluate their programs, enabling them to create greater positive change in the world. She has also worked as an executive director, designed and facilitated international service learning experiences, and taught university courses in fundraising and nonprofit management. Meghann earned a MPA in Nonprofit Management and Comparative and International Affairs from The School of Public and Environmental Affairs at Indiana University, in Bloomington, IN and a BA in Art History and American Studies from Tufts University in Boston, MA.

Co-Leader and Director of Narrative Strategy

AriDy Nox is a multi-disciplinary black femme storyteller and social activist with a variety of forward-thinking creative works under her/their belt. They create out of the vehement belief that creating a future in which marginalized peoples are free requires a radical imagination. Their tales are offerings intended to function as small parts of an ancient, expansive, awe-inspiring tradition of world-shaping, created by and for black femmes. They have over a decade of experience as a young social activist and organizer, within reproductive justice and racial justice frameworks with organizations like the Young Women of Color Leadership Council with Advocates for Youth, the Toni Cade Bamabara Collective at Spelman College and Alpha Kappa Alpha Sorority Incorporated. They bring creativity, enthusiasm and a tremendous capacity for organization to her/their role and deep belief that times of apocalypse are opportunities for rebirth. We need first imagine the world we want in order to create it.