Check out our local work in Acton, MA and Sonoma County, CA. 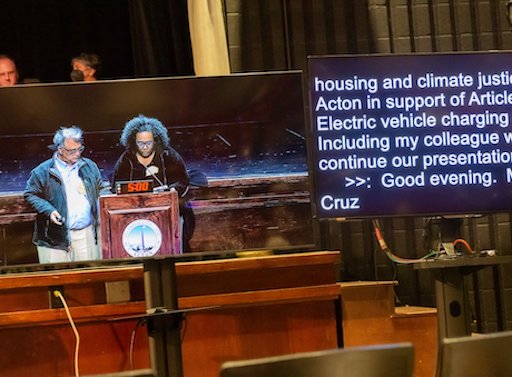 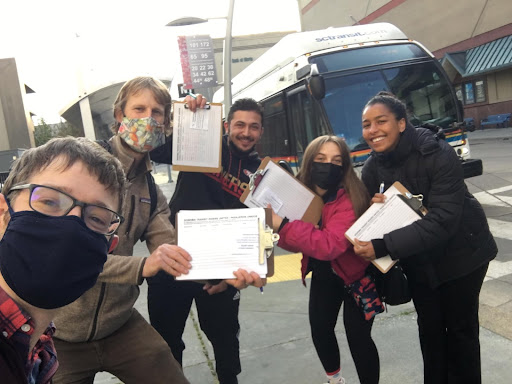 In the last 5 years, more than 190 cities, counties, and other jurisdictions in the United States have passed a formal declaration of Climate Emergency — a critical first step in acknowledging the emergency situation that climate disruption poses to communities and ecosystems across the planet. Climate Emergency organizing has helped advance ambitious local climate action across the U.S. beyond the goals of the Paris Agreement — 30 localities that have declared a Climate Emergency have also committed to reaching zero emissions by 2030.

The impact of The Climate Mobilization on the national stage is remarkable for an organization of its size and age. Our campaign for a national climate emergency declaration, which was sponsored by Representatives Alexandria Ocasio-Cortez and Earl Blumenauer and Senator Bernie Sanders in July 2019 achieved an additional 110 co-sponsors, including six presidential candidates, Kamala Harris among them. 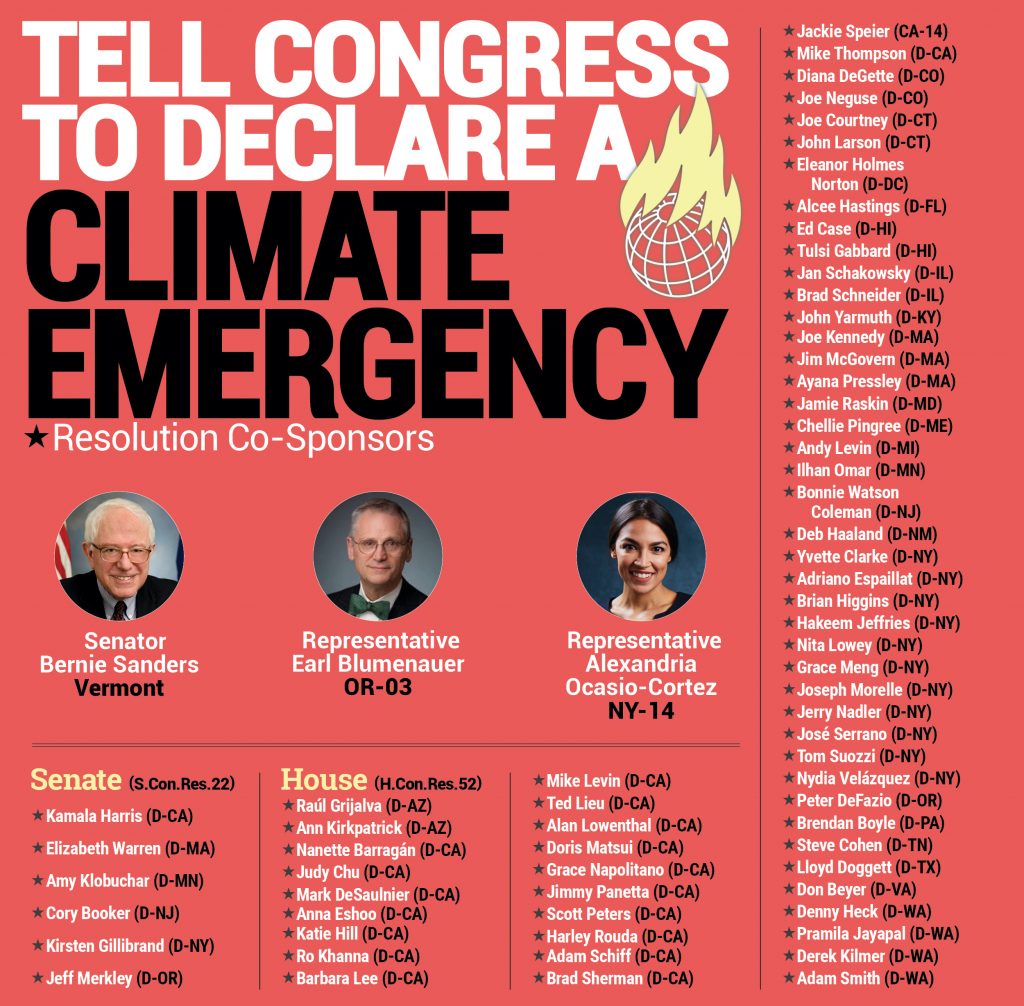 The Climate Mobilization chapter in Hoboken, New Jersey was first to declare a climate emergency in 2017, and has been critical to the campaigns that have stopped two fracked gas power plants from being built in Northern New Jersey. In Kearney, NJ Transit is now exploring a 100% renewables microgrid after 15 municipalities and 13 state legislators followed the Hoboken City Council’s opposition to the fossil fuel project.

After declaring a climate emergency in 2018, Berkeley, California banned gas infrastructure in new buildings in 2019, citing their declaration. This was foundational to the building electrification movement that has moved into several other states. The Sierra Club shows 38 additional municipalities that are phasing out natural gas in buildings in California. Now, a coalition of nearly 70 companies, either headquartered or with operations in California, is urging the governor and the energy commission to enact all-electric codes for residential and commercial buildings in California starting in 2022.

New York City passed their “Climate Mobilization Act,” in April 2019, the United States’ most ambitious local climate action initiative to date, according to a new policy scorecard by the American Council for an Energy Efficient Economy (ACEEE). The Act imposes significant financial penalties of any buildings that fail to rapidly cut greenhouse gas emissions via energy efficiency upgrades, targeting the city’s largest driver of emissions. The ACEEE scorecard ranked climate action from 100 U.S. cities; 11 of the top twenty cities on the scorecard have adopted our framework and declared a climate emergency.

Join the movement for people-powered action

The Climate Mobilization is building power for a national transformation that rapidly restores a safe climate and creates a just and democratic society.

Alexia (she/they) is an environmental justice organizer based in Austin, TX. They graduated summa cum laude from NYU (’20), where they self-designed a major titled “The Politics and Economics of Inequality.” Their research focuses on political ecology, environmental justice, AAPI communities, inequality, postcolonialism. As an organizer and researcher they have spent the past 5 years working on various issues from preserving the Colorado River, water rights, fighting land use policy and zoning that enforces race-based discrimination, conducting ethnographic research on climate health, to organizing mutual aid, youth programming, and shaping national legislation alongside members of the Environmental Justice Leadership Forum and the Environmental Justice Health Alliance; today Alexia continues to work as an organizer with PODER, a grassroots EJ org. Alexia is also the co-founder of Start: Empowerment, a BIPOC led social and environmental justice education non-profit working with youth, educators, activists, and community members to implement justice-focused education and programming in schools and community spaces. S:E curriculum and programming has reached over 2,000 students, been recognized by the NYC Department of Education, and taught in universities. In 2021, their work was recognized by the prestigious Brower Youth Award.

Co-Leader and Director of Organizing

Co-Leader and Director of Operations

Co-Leader and Director of Resource Mobilization and Strategy

Meghann brings more than 20 years of nonprofit management and fundraising experience to The Climate Mobilization and Climate Mobilization Project. For over a decade Meghann has worked as a nonprofit consultant helping organizations expand their capacity, secure revenue, develop successful strategies, and effectively evaluate their programs, enabling them to create greater positive change in the world. She has also worked as an executive director, designed and facilitated international service learning experiences, and taught university courses in fundraising and nonprofit management. Meghann earned a MPA in Nonprofit Management and Comparative and International Affairs from The School of Public and Environmental Affairs at Indiana University, in Bloomington, IN and a BA in Art History and American Studies from Tufts University in Boston, MA.

Co-Leader and Director of Narrative Strategy

AriDy Nox is a multi-disciplinary black femme storyteller and social activist with a variety of forward-thinking creative works under her/their belt. They create out of the vehement belief that creating a future in which marginalized peoples are free requires a radical imagination. Their tales are offerings intended to function as small parts of an ancient, expansive, awe-inspiring tradition of world-shaping, created by and for black femmes. They have over a decade of experience as a young social activist and organizer, within reproductive justice and racial justice frameworks with organizations like the Young Women of Color Leadership Council with Advocates for Youth, the Toni Cade Bamabara Collective at Spelman College and Alpha Kappa Alpha Sorority Incorporated. They bring creativity, enthusiasm and a tremendous capacity for organization to her/their role and deep belief that times of apocalypse are opportunities for rebirth. We need first imagine the world we want in order to create it.